Trading on PancakeSwap will be available from  Sept 21 2022

The first Season of Ookeenga Champion League is coming soon on 17 December 2022!!! 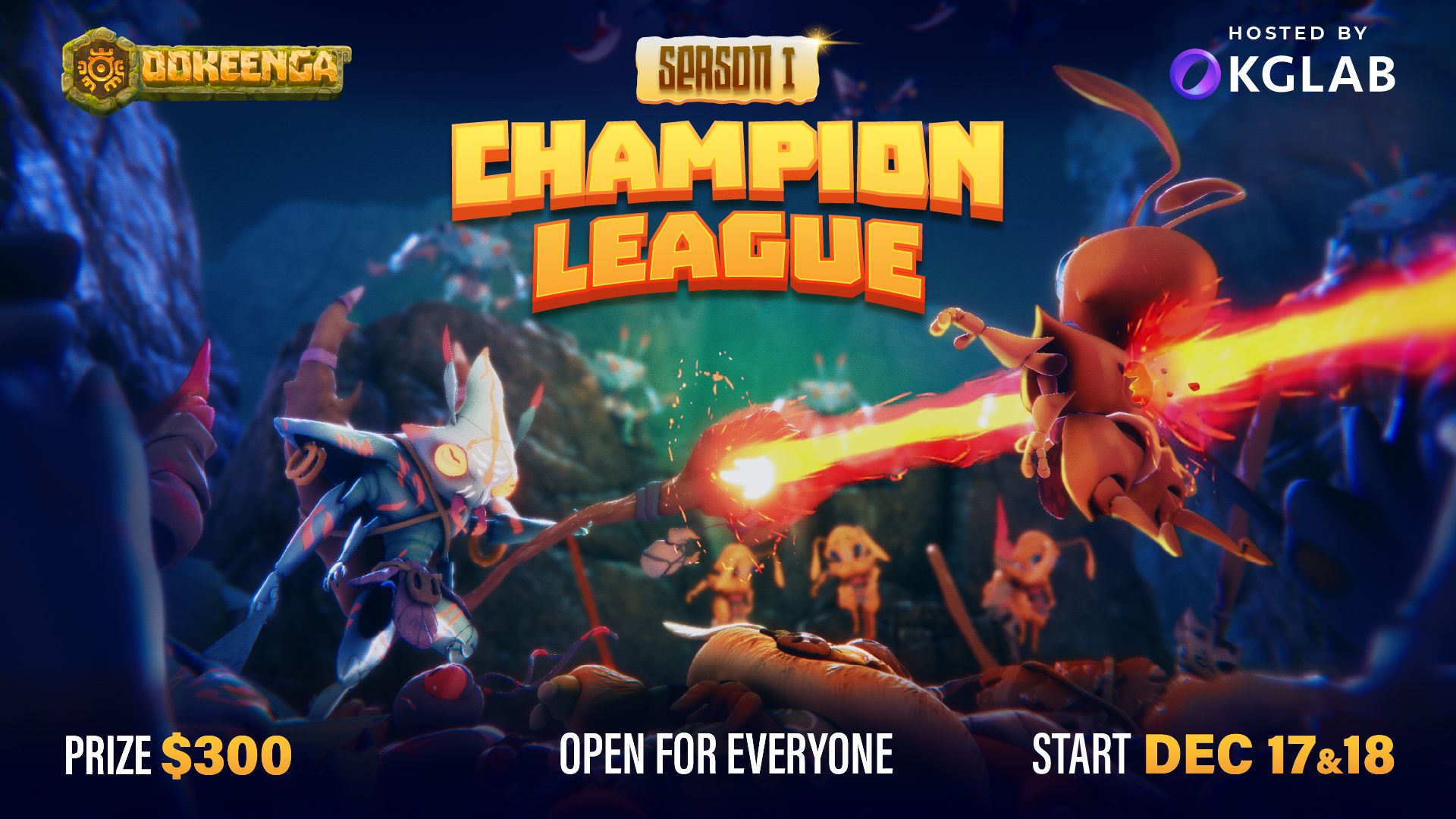 We're so excited that it's finally here! And if you're not ready to take on the challenge, well you better get ready because our champions are out of this world.!!

Here are all you need to know about the event:

Who can join this Champion League?

🌟 Everyone can enter the Champion League for FREE. No NFT is required, all players will be given the same pool of non-NFT Heroes to play.

🌟 Members of Ookeenga Dev Team and Champion League Organizers are forbidden to participate in this event.

Limit of participants: No limit.

Register for free at: https://forms.gle/ydih1URurrfnJaFJA

Registration will be closed at 11 AM UTC, Friday 16 December.

(*) Please note that the downloadable version is only for Champion League. Players won’t be able to log in to that version before the starting time of the event. If you wish to practice playing Ookeenga, you may start training by playing the Free Version at play.ookeenga.io

✍ All players will be given a fixed inventory of 20 Non-NFT Heroes and the same amount of resources, including in-game items, EXP, and gKAB. You may swap heroes and cards from that inventory only. You may upgrade heroes and use given items to optimize their strategy for the game.

The Ranks on the Tournament Leaderboard are based on the following criteria:

⚡The number of stars a player gets in 20 playing turns. If two players have equal numbers of stars, the player at the lower stages will get a higher rank.

💰The rewards will be paid in OKG based on the equivalent exchange rate at the payout time. Champions will receive rewards within one week after the Leaderboard is announced.

💰The Prize Pool will be distributed as below.

💰Each of the 40 Lucky Chieftains who don't make it to the Top 20 receives a Hero NFT.

We recommend that you double-check their check-in status to ensure everything is set.

The recommended specs for the best playing experience are PC/Laptop Specs:

❌Offensive or derogatory language will result in a warning or ban from all Ookeenga Lab events.

✔Champion League organizers hold the right to use all gameplay records for promotion purposes.